Currently there are no quests involved with these lions, however they are a frequent opponent when exploring.

The Pariah Lion is an NPC opponent encountered while exploring. He is a light brown color with a windswept look and bright amber eyes. Where did he come from? Why was he outcast? You would ask these questions, or perhaps feel pity for him, had he not tried to rip your face off.

The Scar Face Lion is an NPC opponent encountered while exploring. His pelt is a reddish brown, his mane jet-black, and one of his striking green eyes is laced with an ugly scar. He seems familiar to you, his swaggering walk telling the story of an ursurper. You could have sworn you saw him with some hyenas...

The Blue Eyed Lion is an NPC opponent encountered while exploring. He's a pale brown with distinct blue eyes. He also looks really mad, like someone who forgot to file their tax returns and is now facing criminal charges for arson and vehicular homicide.

She's not been released yet. Which is probably good, because from the looks of it, I wouldn't care to encounter her. is she an old ex of yours? An angry widow of a veteran? A disgruntled former employee? 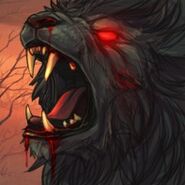 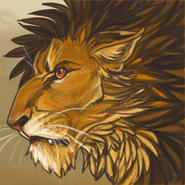 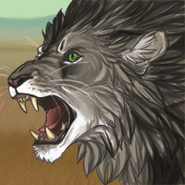 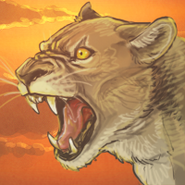 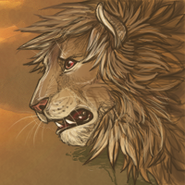 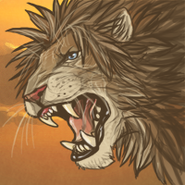 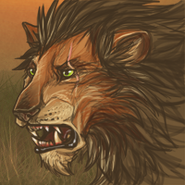 Add a photo to this gallery
Retrieved from "https://lioden.fandom.com/wiki/NPC_Lions?oldid=6584"
Community content is available under CC-BY-SA unless otherwise noted.